At the Versailles Peace Conference of 1919, following an adoring reception by thousands of Parisians, U.S. President Woodrow Wilson told assembled leaders that they had the chance to establish peace where all others had failed. He added that  “Even Jesus Christ had failed because he gave us the ideal without devising a practical scheme to attain it.”  This from a Presbyterian ruling elder and son of a pastor. Wrong on so many levels, the president was just getting warmed up. What possessed him, we wonder. It could be the same thing that took hold of John Lennon in 1966 when he famously proclaimed, “Christianity will go. It will vanish and shrink. I needn’t argue about that; I’m right and I’ll be proved right. We’re (the Beatles) more popular than Jesus now…”

Of course, there was a difference: Lennon never professed belief; Wilson did so until his death. Furthermore, Lennon later apologized for the remark (though not the thought); Wilson never apologized for anything. Ever. Yet there is something the two men have in common. They made these statements on the heels of widespread public admiration, even exaltation. Screaming fans and throngs of admirers can stimulate a huge dopamine surge as well as any drug. With that kind of rush, who among us wouldn’t be feeling pretty cocky, with the usual inhibitions falling away?

Jesus, having a human body and brain, was not immune from the activity of neuro-transmitters like dopamine. In fact, Hebrews 4:15 reminds us:

For we do not have a high priest who is unable to empathize with our weaknesses, but we have one who has been tempted in every way, just as we are—yet he did not sin.

Followed my multitudes of the faithful and the suffering, the Lord no doubt heard his name chanted and praised over and over again. In the natural, it would have been extremely gratifying. Yet clinging resolutely to his unity with the Father, Jesus would not go back for seconds and thirds. Instead, as Luke tells us:

But Jesus often withdrew to lonely places and prayed. (Luke 5:16)

Jesus understood his future – the affirmation he was getting would eventually evaporate. He chose to spend time with his Father because that encouragement was eternal. Of course, we all want to be affirmed, to be valued by others. Yet feelings should never overwhelm our faith in Christ, a faith which might require standing on the wrong side of popular opinion – or even the opinions of friends and family. Desire for more applause and honor will quickly morph into the fear of those giving it. Then what good can we do for the Kingdom?

Both Wilson and Lennon have passed away. Woodrow Wilson’s “practical scheme” for peace yielded to another war, a worse one. John Lennon could “Imagine” a peaceful world but he would never produce one. True peace only comes by the Prince of Peace. None of us, no matter how well-regarded and honored by the masses, can deliver anything close. Sometimes the “lonely places” are where God’s peace will find us. 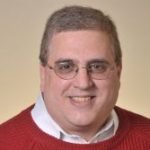 John Gregory has served as a Ruling Elder at GRC since 2015.  He bears a striking resemblance to both Woodrow Wilson and John Lennon … in that they all wear glasses.