The lesson began with the image of a shark swimming in the ocean. The only thing we can see above the surface is the fin, representing the sins that are noticeable to ourselves or others. The sins could include lying, physically harming others, mistreating a sibling, being rude, thinking bad thoughts about someone, and so on.

But where do the sins come from? This brings us to the shark’s body, beneath the water, representing the inward idols from which our sins flow. According to Tim Keller, an idol is “anything more important to you than God, anything that absorbs your heart and imagination more than God, anything you seek to give you what only God can give.” Idols might include power and influence over others, the approval and respect of others, body image, recognition, and comfort.

How do idols come about?  Well, there is something even deeper than idols, something beneath and around the shark’s body.  Unbelief.  Lack of faith.  In Romans 14:23 Paul says, “whatever does not proceed from faith is sin.” In one of his sermons, Charles Spurgeon says “Unbelief is the mother of vice; it is the parent of sin….” In other words, unbelief gives rise to and reinforces our idols.

To illustrate the shark fin, body, and unbelief, my class looked at the story of Abram and Sarai in Genesis 12. At the beginning of the chapter, God promises he will make of Abram a great nation, and through Abram all the families of earth will be blessed. Sometime later, there is a famine in the land, and so Abram takes his beautiful wife Sarai to Egypt. Before arriving, Abram asks Sarai to tell the Egyptians she is his sister, not his wife, because he is afraid that if the Egyptians find out Sarai is his wife they will kill him. “Say you are my sister so that I will be treated well for your sake and my life will be spared because of you.” Later, when Pharoah sees Sarai, Abram’s “sister,” he takes her to his palace.

Consider the shark fin. Abram sins by lying to the Egyptians, by convincing Sarai to lie to the Egyptians, by using Sarai as a means to an end, and by throwing her under the bus. (Sarai is taken to pharaoh’s palace; imagine what happened there.) What about the shark body, the idol driving Abram’s behavior? It’s hard to say, but I think it’s control: Abram must be completely in charge of his life; he must look out for himself; he can’t trust anyone. Finally, what is the unbelief beneath the shark’s body? It seems Abram didn’t fully believe God could, or would, take care of him, and ultimately fulfill his promises to Abram.
Here’s another example. Some of us have a deep desire for the approval others. This desire might lead us to be boastful, so that we can build ourselves up in the eyes of others. Or it could lead to unsocial behavior; we might avoid interacting with others because we think they couldn’t care less about us.

How can we move from unbelief to belief?  Well, we can’t make ourselves start believing something we don’t believe. Faith is a gift. Even so, simply being aware of unbelief is an invaluable starting point. For when God reveals unbelief in us, we can then pray; we can ask him to give us faith. In addition, Romans 12:2 says we are transformed by the renewing of our minds. So, as we become aware of unbelief, we can proactively renew our minds by meditating on verses pertaining to our unbelief, preaching them to ourselves, reading books and articles that address our doubts, and talking to people about our lack of faith. But note this: unbelief is deeply seeded in us, and it might take a long time for unbelief to be uprooted and for faith to grow.

Thank you, fifth graders, for exploring such issues in class. Thank you for sharing your insightful thoughts with one another and your teachers. Your SS teachers love you and pray you continue to grow in the grace and knowledge of our Lord and Savior Jesus Christ. 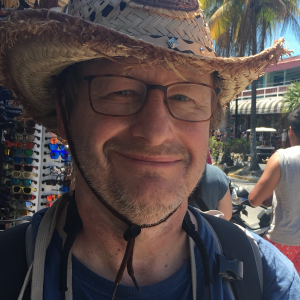 Stan Tyvoll serves as a Sunday School Teacher at GRC.