My family recently celebrated the life of my 94-year-old grandfather who went home to be with the Lord on September 6.  As we gathered, we exchanged stories in remembrance of the man who spent 36 years in ministry as a pastor, was married for 62 wonderful years to my grandmother (who passed away in 2010), and was an integral part in the lives of his children, grandchildren, and great-grandchildren.  My grandparents will forever be etched in my mind and heart as prayer warriors for my family.

My grandfather was the pioneer on my mom’s side of the family.  He was the only one among his six siblings who professed faith in Christ.  He was also the first in my family to immigrate to the U.S. from Korea, packing up his things in 1978 and leaving on his own to pave the way for his wife, his four children and their families to join him in the country we would all eventually call home.  It was a huge sacrifice to leave his loved ones and everything familiar to him for a completely foreign land.

My family and I finally joined my grandfather in America a year after his arrival.  Oddly, I don’t remember anything of my life in Korea or those first couple years in America.  Only what the generations of family before me have told me.  And it made me think about how easily we forget.  How our history is so easily lost if it’s not retold, if it’s not repeated, if it’s not recorded for us.

So just think about it:  how infinitely brilliant and good is our God to record the accounts of history and the story of His great love for us in Scripture so we would remember who He is, what He’s done, who we are, where we come from and where we are headed?  God calls on His people to remember Him, His promises, His commandments, His faithfulness, because He knows we are a forgetful people!  Again and again, this instruction is found throughout the Bible.  Just read Deuteronomy 6.  Remember what I’ve done.  Tell it to your children and their children and their children after that.  Impress it on their hearts.  We need daily reminder of His love for us and His faithfulness to us, so we are instructed to seek Him in His word, in prayer, in biblical community.

The youth are currently studying the book of Exodus in Sunday school class.  What we often think of in this book is the account of the Egyptians’ dramatic pursuit after the Israelites.  We think of the ten plagues and the parting of the Red Sea.   But the real story of Exodus, as with all of Scripture, is about God’s pursuit after His people.  About the covenantal God who keeps His promise to be their God and to be with His children, no matter what.  God was present with the Israelites in Exodus: in the burning bush, in the cloud by day, fire by night, in the tabernacle which served as a temporary dwelling place.  And God eventually made a way for us to be with Him for all of eternity, and it cost Him greatly.  “For God so loved the world that he gave his one and only Son, that whoever believes in him shall not perish but have eternal life” (John 3:16).

He has demonstrated His incredible love for us and His faithfulness to us in this great sacrifice and has given us a new life!  So remember Him.  Recount again and again the stories of Him who has been faithful and who has loved you from the beginning of time.  Tell it to your family and your children and their children so they do not forget.  And may God’s renown, His incredible works, and His glory live on and be remembered generation after generation in every tribe, nation, and tongue. 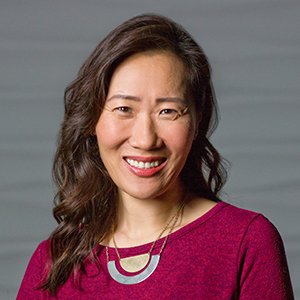 Rachel Sang is the Youth Ministry Coordinator and wrote this in loving memory of her grandfather, Rev. Yong Dae Kim, who leaves a legacy of faith.