Over a year ago, as we were still learning about the “novel coronavirus” and naively thinking we’d be back to normal routines within weeks, we held a Town Hall meeting – via a livestream – because it happened to be the first Sunday when we decided, before the government ordered us, to cancel in-person worship.  It was March 15, 2020.   A working group of GRC members presented a proposal to apply for a Lilly Foundation grant that funds pastoral sabbaticals.  Long story short, around August we learned that GRC’s application did not make the cut.  But that didn’t affect GRC’s pre-existing pastoral sabbatical policy, implemented back in 2010 by both the Session and the Diaconate.  For some of the reasons, I’d suggest checking out these past Voice of Grace articles.

Some of you might wonder, “Isn’t this really bad timing?” in light of the hope of a more normal summer and the chance to reconnect?  Isn’t this a critical, strategic season for figuring out how to “be the Church” and how to accomplish Kingdom objectives, given the likelihood COVID won’t entirely disappear?

This is where one of the healthiest, long-term dynamics of GRC comes into play.  Many of us recognize – even if only from a distance – the model of church leadership that has a celebrity pastor at its helm.  And if not quite at “celebrity status,” the lead pastor’s personality, gifts, and strategic vision dominate.  His fingerprints are all over the place.  And if he should move away, or worse, fall into grievous sin, the church struggles to ever recover what appeared to be strong spiritual vitality.

We would say that’s not the kind of church leadership represented in the Bible.  Paul planted churches in new areas/cities, and then raised up elders to lead the new church.  He returned to each location to equip leaders, invest in them, encourages them.  When the church at large had a controversial situation, they sent leaders/representatives to consult with other, more experienced, pastors/elders, showing that there was a healthy interdependence among church leaders.  One of the most healthy aspects of Grace Redeemer Church is what’s called “the plurality of elders.”  Simply put, that means there’s a handful of us!  I may have the title of “Senior” pastor, but I am only one, among 6 elders, currently on Session.

We would say that this upcoming sabbatical season has proven healthy for our church in the past.  And we trust it will prove to be healthy again for GRC, even in this unique season of (hopefully) emerging from pandemic restrictions.  Why?  Because you’ll be reminded that the vitality of the church is NOT in any single leader/preacher/shepherd.  One of the most encouraging things to me as Senior Pastor is seeing/hearing the fruitful Gospel ministry that happens on a daily basis, that’s catalyzed by other leaders: formal and informal, ordained and lay leaders.  GRC members sharing the Gospel with their neighbors, or coming alongside other hurting members, or chasing after straying sheep.  Teaching, discipling, praying.  Simply put, BEING the body of Christ!  Has God called me to a particular role?  Yes.  But I am NOT the necessary factor for Gospel ministry to be fruitful.  The Holy Spirit and the Word of God ARE the necessary factors.  As David, the Psalmist, puts it, “Some trust in chariots and some in horses, but we trust in the name of the LORD our God.”  (Psalm 20:7).  Horses and chariots were signs of strength to an ancient society, equivalent to a strong military today, or advanced health care, or a strong economy that lessens the need to depend on others.  No, the church’s hope is not in the right leader, saying the right things.  Our hope is in the name of the LORD!

Next week, I’ll share a little bit more about what my sabbatical will look like.  And I’ll include some thoughts about what your role here at GRC might involve.  I’ll be present and preaching each Sunday through May 16 so if you haven’t returned to in-person worship yet, I hope to see you soon! 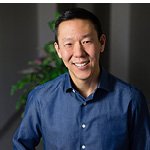