We, as a Missions Team, are excited about what God is doing with missions at GRC. Part of the challenge of this ministry is that so many of the missionaries we support are working in “sensitive” locations around the world, which makes it difficult to communicate about them through the Web or email without putting them or their ministries at risk, but we can tell you that God is doing some remarkable things among our partners.  And we’re excited about what he is doing through GRC, too.

GRC’s “Core” and our Missions Vision

Toward that end, our highest priority as a Missions Team is to mobilize our church to support efforts to plant Gospel-centered, missional churches:

There are compelling reasons for this priority amongst UPGs and domestically in our own region, which the Missions Team is happy to explain in more detail to anyone who is interested.  In addition to this top church planting priority, we also prioritize ministries that ensure the indigenous church around the world is healthy, equipped, viable, and missional, as well as ministries that reach strategically important target groups (such as university students, including international students) and ministries which allow GRC members to participate directly.

Progress Toward Our Vision

Since 2019 we have been intentionally advancing these priorities. Each of our annual missions conferences have advanced our strategic vision in some way:

During this time, despite a global pandemic and great uncertainty, through your support we have increased our missions budget over 50% and added new partners to:

Prior missionaries and ministries which we continue to support include church planting among local Albanian immigrants (UPG), church planting in Italy (amongst a secular post-Christian society), The Open Door, evangelism and discipleship to Japanese college students (UPG), New City Kids in Paterson, and campus ministry in PA.  God is doing encouraging things in and through all of these ministries!

In the coming year, we anticipate:

All of these cross-cultural and global experiences will spur us on in our own disciple-making effort to equip our members for mission wherever we live, work, and play so that we, too, are doing “here” what we send missionaries to do “over there.”

I can’t wait to see how God works through GRC missions in the coming year!

If you would like learn more about the missions ministry, email missions@graceredeemer.com. 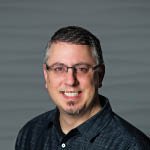 Steve Sage is the Pastor of Discipleship at GRC and a member of The Missions Team.