History was made a few weeks ago when Kanye West’s album titled, Jesus is King, simultaneously topped 5 separate music charts in the US: Billboard 200, Top R&B/Hip-Hop, Top Rap, Top Christian, and Top Gospel Albums. I freely admit that I had never listened to a Kanye West song before this month, but two weeks ago, I listened to the entire album with my son, with more attention on the lyrics than on the music itself. In short, I was pleasantly surprised at how much of the album’s lyrics were God-centered, with very little “objectionable.” (If you’re at all familiar with his music, you realize that this last comment is not insignificant!). Kanye has publicly declared that he’s a born-again Christian. He says he’ll no longer perform his old songs without changing the lyrics to be God-honoring. He asked everyone working on the album to avoid premarital sex. He’s expressed concerns about his wife’s revealing fashion habits, and has expressed remorse for his attitude toward young women, especially now that he has daughters.

All of this has prompted Christians to wonder: Is he for real? Some point to his lack of humility as reasons to doubt that spiritual transformation has happened. Others quote Philippians 1: “It is true that some preach Christ out of envy and rivalry… out of selfish ambition, not sincerely… but what does it matter?  The important thing is that in every way, whether from false motives or true, Christ is preached. And because of this I rejoice.” (vv15, 17-18).

The apostle Paul is more focused on the Message than the Motivations. On that note, I see/hear encouraging signs. One of Kanye’s recent Sunday Service gatherings was held in Harris County Jail in Houston. Check out this video of his visit, and scrub to 0:53. This past Sunday’s gathering received the biggest publicity because he joined Joel Osteen’s congregation for their 11am service.

I can’t assess Kanye’s heart. Other Christians who are closer to him, can and should; no different than the healthy one-anothering that should happen in any local congregation, but especially in the life of a high-profile, super-celebrity man who’s professing a dramatic conversion to Christianity. What I do hear, from a distance, is a man singing about and speaking boldly about salvation through faith in Christ. I hear a man sharing the name of Jesus, without much concern about the criticism (and loss of revenue) that’s coming his way from Hollywood, music studios and fans. I hear great intentions to change, to turn away (which is repentance). I hear a man who says he wants to use his music to turn the next generation of youth to faith in Christ.  In a recent public (video) interview with Zane Lowe, he said “Now that I am in service to Christ, my job is to spread the Gospel. To let people know what Jesus has done for me. And in that, I’m no longer a slave. I’m a son of God now. I’m free through Christ.” In this interview, if you didn’t know who this guy was, I think you’d say he sounds like a baby Christian.

What Kanye needs, isn’t skepticism or online criticism. He doesn’t need doubters or haters. Yes, we will know a tree by its fruit. So let’s pray that the Holy Spirit would preserve Kanye. That He’d protect this man from the Evil One. That pride would be put to death, and humility-in-Christ would thrive. That Kanye would grow in his hatred of sin/evil, and grow in his love for “whatever is true, noble, right, pure, lovely, admirable, excellent or praiseworthy” (Phil 4:8). After all, he could very well be a new family member, united with us in Christ, the Head.

For the Glory of the King,
Peter 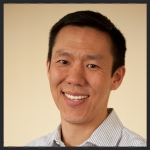