Is Your Gospel Too Small?

After John was put in prison, Jesus went into Galilee, proclaiming the good news of God. “The time has come,” he said. “The kingdom of God has come near. Repent and believe the good news!” (Mark 1:14-15)

Mark began his description of Jesus’ public ministry with a summary of His message. Jesus preached “the good new (literally, ‘gospel’) of God.” What was the essence of that message? “The kingdom of God has come near. Repent and believe the good news!” (ESV: “repent and believe in the gospel”). Jesus’ gospel message was about the kingdom of God. The kingdom, long prophesied in the Old Testament, was about to begin to be fulfilled on earth as it is in heaven… because the King had now come. The “gospel” is all about the coming of King Jesus and the kingdom he brings with Him.

Go back to the very beginning. God created an ideal world. It was a place where mankind lived in intimate harmony with God, with one another, and with the rest of creation. Although the whole creation was “good,” God placed Adam and Eve in a special Garden where He chose to specially manifest his presence. As image-bearers of the divine King, he called them to exercise dominion by caring for God’s creation while multiplying and filling the earth. Thereby, they were called to extend God’s kingdom on earth as it is in heaven everywhere they went throughout the whole world.

But what happened? They rebelled against their divine King. In their attempt at autonomy they brought about the corruption of God’s world. Their sin resulted in “the Fall,” and everything that is wrong with this world is a result of their rebellion. Ask anyone. We all know instinctively that the world is not the way it’s supposed to be. No one thinks suffering, violence, and oppression is okay. No one celebrates news of a child without food or of a marriage falling apart. We all ache for a better world.

The “good news” (that’s what “gospel” means!) is that God loved his creation too much to leave it this way. Beginning in Genesis 3, he began a rescue mission to restore and re-create all that was lost in the Fall… and then some! Throughout the Old Testament, this vision for a better world was linked with the revealed expectation that God would bring his kingdom back on earth as it is in heaven.

This is the message that Jesus preached. The gospel is not merely about getting your sins forgiven and going to heaven, although it’s certainly not less than that! The gospel of the kingdom of God is that God himself has entered our broken condition as our king and is making everything new! The crooked will be made straight! Injustice will be judged! Every tear will be wiped away! That’s the gospel.

Now let me suggest something to you. If you think of the gospel purely in terms of being forgiven and having a personal relationship with God, it will inevitably follow that your understanding of the Christian life and the calling of the Church is mostly private and personal. But if you think of the gospel in terms of the restoration of God to heal a broken world, beginning with individuals and radiating out into communities and ultimately all of creation, then you will understand the Christian life and the calling of the Church squarely in context of the mission of God. Your understanding of the gospel— what it is and the problem it solves—makes all the difference for how you view the Church and your calling as a Christian. Is it to leave the world and huddle with like-minded believers to talk about the Bible? Or is it to be shaped by the Bible in the community of God’s people for the sake of the world?

This is some of the biblical perspective behind GRC’s Vision: “To join God in bringing life-changing transformation to individuals, families, and communities, wherever we live and serve.” 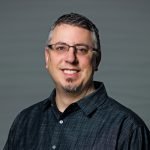