In this week’s Voice of Grace, I want to talk about a new series that can help us share our faith with others called Hope Explored.

The end of the movie Braveheart is a visual of hope lost. It’s the moment William Wallace realized his dreams for an independent Scotland were no more, after he was betrayed by fellow countryman Robert the Bruce in the movie Braveheart. Wallace counted on Bruce to unite the Scottish clans for a final fight against the King of England at Falkirk. A victory would give Wallace and his countrymen what he longed for the most: freedom. But with his betrayal was the loss of that hope. And now that his hope was gone, so was his will to live and fight on.

Hope is one of those things, whether we’re conscious of it or not, that gives us a reason to go on, something to aspire towards, something that compels us forward even when things get difficult. We all need hope. It’s what keeps us alive. And so these words from Rico Tice:

And so the Christian’s hope is “a joyful expectation for the future, based on true events in the past, which changes everything about my present.”

This theme is what we’ll look at in Hope Explored, a three-session series with the goal of communicating the reason for the Christian hope in our Lord and Savior Jesus Christ.

Who is Hope Explored for? It’s for you if you are confident in this hope and want an easy way to start sharing your faith with someone else you’ve been praying for. It’s for you if that hope is shaky and you’re curious to know more. It’s for you if you’re new to our church and are curious about why anyone would follow Jesus in the first place. It’s a safe space to ask questions and interact with others who want to know about the hope we have in Jesus Christ.

We will meet weekly on a weekday shortly after Easter. Stay tuned in the coming days for more details.

I hope to see you there. 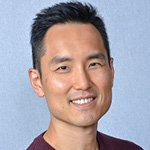 Peter Hwang is an Elder at GRC.