Fighting Anxiety with Promises from God

This past year, I have taken a special interest in what the Bible has to say about anxiety. It is one of those things that seems to fuel all sorts of fires (at least in my life). Anxiety can paralyze me, telling me to obsess over myself and what people think of me. It makes me proud of all the things I think have control over – and it makes me nasty when my illusions of control are threatened.

In Luke 1, Zechariah the high priest encounters an angel. Not in a dream, but in real life. Astonishingly, when the angel promises to answer his prayers and give him a son, he doesn’t fully believe the angel. We don’t know why Zechariah had doubts. Maybe he was afraid of getting his hopes up, only to be disappointed or heartbroken if things didn’t go as planned. Or maybe his own faith was fracturing in some way and he only trusted what he could control.

Whatever the reason was, it led him to ask a question that many of us have asked God, likely amid seasons of fear and worry: “How can I be sure of this?” The angel’s response offers two powerful weapons in our own battles with anxiety and unbelief.

First, he says “I am Gabriel. I stand in the presence of God, and I have been sent to speak to you and to tell you this good news” (Luke 1:19). You want to know why you should believe me, Zechariah? Because God sent me. Don’t you remember who God is?

I’m reminded of the prelude to the Ten Commandments. As if to answer an unspoken question, God offers Himself as reason enough for why Israel should trust Him by obeying the law He is about to give. “I am the Lord your God…” (Exodus 20:2)

The words of Scripture have so much power because it is God who has said them. God – the one person in all the universe who actually DOES control all those things that I can’t. How can I not cling with confidence to His promises?

Second, the angel makes Zechariah unable to speak until the angel’s words come to pass. This is often understood as a consequence of Zechariah’s unbelief. But I also find comfort in it. In the discipline, there is mercy and reassurance. The angel doesn’t wave his hand in the air and simply say “I have spoken.” Instead, he ties the discipline to the promise. “And now you will be silent and not able to speak until the day this happens” (Luke 1:20).

Zechariah’s silence was an additional daily reminder of the certainty of God’s promise to him. Anxious unbelief is wrong, but we shouldn’t hide it from God. He will engage us where we are with what we need – fatherly guidance instead of oppressive fury.

Jesus made one promise that we don’t seem to have any problems believing: “In this world you will have trouble.” But who controls the world? Who created and directs and guides and sustains the world and everything in it? “Take heart!” Jesus says. “I have overcome the world” (John 16:33). 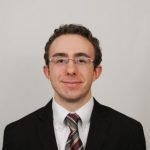 Phil Kline has been a member of GRC since 2017 and serves on its Missions Team.