This is the time of year when a steady humming fills the air, from the rising to the setting of the sun. The sources of this whirring are those giant leaf collection vacuum trucks that scour the streets for curbside pick-up. Their noise may be far off or nearby, and they hum in tune with countless leaf blowers pushing the fallen foliage toward the street. Silence will arrive in a few weeks…until the snowblowers have their turn. There was a time, though, when people disposed of their own leaves; some by composting, most by burning. That’s correct: property owners would rake their leaves into a pile and set them on fire. This was a common autumn sight and smell in New Jersey until 1972 (so I’m told!).

That year, the state legislature outlawed the practice of leaf burning. Researchers discovered evidence that the smoke and particulates arising from the conflagrations were as toxic as cigarette smoke. Worse, unhealthy carbon monoxide was concentrating in the atmosphere to a destructive degree. Yet there was pushback at the new regulations. With the Vietnam War still raging, some homeowners protested, “What a state! You can burn the American flag, but you can’t burn leaves.” Burning was an efficient means of disposal, quick and easy, and the ash was good for the lawn. The scientific arguments were falling on deaf ears because the public did not discern the danger.

This is a spiritual reality to which every sinner can relate. God’s exhortations, alarms, and commands often make no sense to our rational – or what we call rational – minds. King Saul typifies this mindset. His military back against the wall, he jumped the gun and offered a sacrifice without prophetic authorization (1 Samuel 13). For that, the royal line was removed from his posterity. Saul’s subsequent behavior confirmed God’s judgment as the king held back on completely destroying Amalek in the interest of plunder (1 Samuel 15). Saul lamely defended himself with the assertion that the property he preserved was meant as a sacrifice to God. Although the God of Israel told the king of Israel to obliterate the city and leave nothing alive or intact, King Saul believed he knew better – waste not, want not, right? These were just two occasions where King Saul relied on his own wisdom and experience. How did that work out for him?

Saul-think makes us conflate human intelligence with Godly wisdom. Intelligence, impressive though it is, is unaware of its limits. Wisdom knows those limits, and how, when, and where to apply intelligence. Saul was successful and every inch a king. Grit, good instincts, and confidence served him well…until they didn’t. We can gain wisdom from learning his story, along with all the rest of the Bible.

For the word of God is alive and active. Sharper than any double-edged sword, it penetrates even to dividing soul and spirit, joints and marrow; it judges the thoughts and attitudes of the heart.
(Hebrews 4:12)

Sin makes sense – good, logical sense – to sinners. Scripture helps us move from Saul-think to the mind of Christ, which discerns the signs and consequences of sin that our common sense can not do. It detects the spiritual particulates and gases that would otherwise asphyxiate us, but for the mitigating sacrifice of Jesus, himself asphyxiated on the Cross. 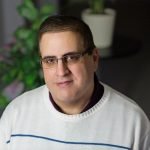 John Gregory is a Ruling Elder and serves on our Missions Team.