Blest Be the Ties that…Attach

The sports pages were flabbergasted by an earth-shaking event on July 25th: “Team USA Suffers Stunning Loss to France in Men’s Olympic Basketball Opener.” Given the concentration of NBA players on the United States squad, their first hoops competition of these Olympic games should have been an American romp. Other analysts knew better – this was a defeat that was foreseeable because NBA rules differ from International Basketball Federation (FIBA) rules. American rules allow for individual stardom while the European rules foster teamwork. Ultimately, France prevailed because none of its players were groomed to be independent contractors, so the explanation goes.

As a sport, basketball was incubated, nursed and unleashed in the U.S. With few exceptions, our players have dominated when matched against those from overseas. Others watched, liking what they saw. Soon, the NBA was in television markets in Europe and elsewhere. The fever was spreading, according to the Bleacher Report in a story from over a decade ago:

Basketball has become so big in Europe that they have started up a competition called Euro-league. Twenty-four teams from all around Europe play through a season until one team is named Euro-league champion. It is the second largest competition in the world (second to the NBA) which draws players from all over the globe.

Maybe American basketball dominance will ebb, at least for a while. Yet what looks like the agony of athletic defeat could also be the thrill of cultural victory. As we know it, basketball is an American institution. While other countries tweak its rules and add their strategies, they are embracing an American tradition…and they gained knowledge of it through communications networks.

In his book, The Square and the Tower: Networks and Power, from the Freemasons to Facebook, historian Niall Ferguson demonstrates how human networks figure into every major turning point in world history. Networks can be blood relatives, neighbors, colleagues, alumni of a college, political parties and team fans. These connections could be strong or weak. The twist is that ideas travel farther and faster on weak connections:

If all ties were like the strong, homophilic (affinity for similarity) ones between us and our close friends, the world would necessarily be fragmented. But weaker ties – to the acquaintances we do not so closely resemble – are the key to the ‘small world’ phenomenon.

Appreciation for basketball did not spread in Europe because government decreed it. In fact, basketball grew from a gym class unit to a continental passion even before television arrived. Soldiers from allied countries during and after World War II would play the game with their American peers during off-hours. These are weak ties yet they planted seeds of appreciation that electronic media watered. Seventy-five years later, we have FIBA and a French Olympic victory.

Look at Jesus pre-Ascension charge to his disciples – concentric circles with strong ties at the center and weak ones at the edges:

But you will receive power when the Holy Spirit comes on you; and you will be my witnesses in Jerusalem, and in all Judea and Samaria, and to the ends of the earth. (Acts 1:8)

I can only imagine the risen Lord’s followers nodding vigorously through Jerusalem and Judea, only to shake their heads furiously at Samaria and beyond. Where, though, did the early church grow most robustly? Where the similarities and common experiences were fewer; where the ties were weaker. Jesus knew how the Gospel would spread; he was well-versed in network science before it was even a thing. Through the Holy Spirit, followers would learn to trust the Savior’s seemingly outlandish vision of a world won for Christ.

In fact, only the Holy Spirit can turn the most resistant heart toward the Messiah, Jesus (think Saul/Paul). Our job is to be the witnesses to those who may appear the least likely to receive his amazing grace. If France can best the U.S. in hoops thanks to a few G.I.s sharing a game with their European friends many decades ago, why couldn’t, say, Israel return to their God because some Christian friends shared gift baskets at Rosh Hashanah? Consider it food for thought for anyone considering this ministry outreach. 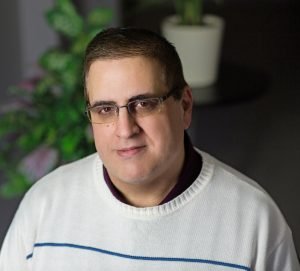 John Gregory is an elder at GRC.