Church, Look in the Mirror!

Given my distracted season at home (all good) and the chaos in our country, one might think it’d be a good season to sit on the sidelines, but I feel a pastoral-leadership burden to share a couple of thoughts, even if they’re a bit muddled…

A number of charismatic Christian leaders who describe themselves as modern-day prophets, have publicly apologized for being wrong about President Trump getting re-elected in 2020.  One of them is Kris Vallotton of Bethel Church in Redding, CA.  You’d assume that his online apology would invite criticism as a false prophet or gleeful delight that he claimed to hear from God, but obviously heard wrong.  What he got instead shocked him:

Over the last 72 hours, I have received multiple death threats and thousands upon thousands of emails from Christians saying the nastiest and most vulgar things I have ever heard toward my family and ministry. I have been labeled a coward, sellout, a traitor to the Holy Spirit, and cussed out at least 500 times…  After publicly repenting on January 7th, I fully expected to be called a false prophet… but I could have never dreamed in my wildest imagination that so much satanic attack and witchcraft would come from charismatic/prophetic people. I have been flabbergasted at the barrage of continued conspiracy theories being sent every minute our way and the pure hatred being unleashed… I truthfully never realized how absolutely triggered and ballistic thousands of saints get about Donald Trump. It’s terrifying! It’s full of idolatry!

Where’s this coming from?  Some of these self-described prophets are getting applauded for their “humility.”  They’re being told by their admirers, that their apology strengthens their credibility (?!).  (Ummm, being wrong about hearing God’s revelatory voice, makes you more likely to be right next time?).  Others are doubling-down and insisting that there’ll be some miraculous intervention by God, that conspiracies will be exposed and defeated, that their Hero will assume the throne once again to usher in his conservative kingdom.  Wow.

Here’s what the Bible says about false prophets:  Deuteronomy 18:21-22 “You may say to yourselves, ‘How can we know when a message has not been spoken by the Lord?’  If what a prophet proclaims in the name of the Lord does not take place or come true, that is a message the Lord has not spoken.”  The previous verse says that a false prophet is supposed to be put to death!  Even if a prophet is correct 17 times in a row, the 18th wrong prophecy disqualifies him or her, according to Scripture.

One more thought on this thread:  no well-known public Christian prophecies predicted that Biden would win.  Why were so many ALL wrong?  And more troubling, why have Christians reacted with such violent responses?

This past Sunday, the Opinion Page of USA Today was written by Ed Stetzer, Dean/Professor at Wheaton College and a leading Evangelical voice.  Here’s an excerpt:

“Tempted by power and trapped within a culture war theology, too many evangelicals tied their fate to a man who embodied neither their faith nor their vision of political character.  As a result, we are finally witnessing an evangelical reckoning…. Will we look inside and repent when needed, or will we double down? Every political and cultural instinct will pull us to the latter, but God calls us to the former. Into this temptation, we hear the words of Jesus: ‘For what will it profit a man if he gains the whole world and forfeits his soul?’ (Matthew 16:26).”

My risk at poking the bear in this article is worth it because there’s a serious illness in the evangelical church at large, and if it remains undiagnosed, let alone untreated, criticism or anger at one measly little Voice of Grace is a vapor.  Notions of Kingdom, have become far too man-centered, and not enough God-entranced (to borrow Piper’s title of his book about Jonathan Edwards).  Dreams, hopes, and yes, longings for some version of Salvation, have been placed in a mere man (the President) whose character was troubling well before he took his oath of office; a body (Congress) which is often paralyzed by partisanship; a different body (the Supreme Court) externally defined by Conservative or Liberal; or any movement backing either side’s war-cry.  The consistent and insistent defense of unbiblical speech and behavior (not just by Trump, but by church leaders and by their followers when said church leaders don’t consistently sustain the illusion of their false view of “kingdom”) is just a symptom of this soul-sickness that the American church needs to reckon with.

“Will we look inside and repent?” Will we spend more time in Scripture, and less time on social media or reading news? (Have you spent ANY time this week self-examining how self-righteousness and perfectionism might very well apply to you, not just to our recent Grace Story givers?).  Will we humbly consider the perspective of the “other side”, only possible when self-righteousness is stifled/killed (which, for some of you, might start with measuring your anger vs. sober assessment of this message)?  Will we set our hearts and minds on things above, not on earthly things, as our Renewal passage from Sunday quoted (Colossians 3:1-2)?  Will our hearts be more burdened by people dying apart from saving faith in Christ, than we’re burdened by political-party loss, social developments, or even religious freedoms in this nation?

A sinner battling to look more and more intently at Jesus,
Peter 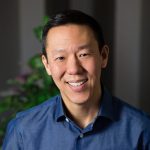